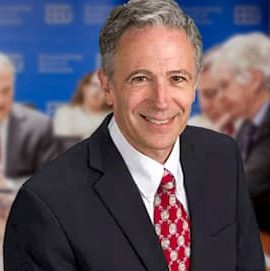 Michael Pack is a conservative filmmaker and the President of Manifold Productions, Inc., an independent film and television production company.  He was nominated by President Donald to lead the United States Agency for Global Media, which oversees the Voice of America, among other news outlets.

Michael attended Yale College, the University of California at Berkeley graduating with a degree in film.

Michael is married to Gina Cappo Pack who serves as the vice president of Manifold Productions. According to the website her  “background is in development and film promotion, corporate management, marketing, and personnel. Her early skills and experience as a corporate executive have lent direction to Manifold Productions, while helping to maintain an efficient use of resources. She has contributed to a variety of Manifold film projects since 1987, through fundraising, promotion, management, and as an executive producer.”

Pack is a father of three sons, although their names are unknown.

Pack served as President and CEO of the Claremont Institute in Upland, CA, from 2015 to 2017. He Published Claremont Review of Books.

Michael founded Manifold Productions, Inc. in 1977 and is also the Press of the company. Manifold Productions is an independent film and television production company. Through the company, he has written, directed, and produced numerous award-winning nationally broadcast documentaries as well as corporate and educational films.

Pack is a former Senior Vice President for Television Programming at the Corporation for Public Broadcasting having served from 2003-2006. He restructured the programming department and launched several new initiatives. These included: America at a Crossroads (a series of 20 documentary films addressing issues facing America in the wake of the attacks of 9/11) and the American History and Civics Initiative (innovative, new media designed to address the crisis of historical amnesia in middle and high school students).

He served as Co-Chair of the International TV Council at the Corporation for Public Broadcasting in 1993. In his position, he oversaw the Council’s efforts to determine the feasibility of launching a cooperative program between American public television producers and stations and their counterparts in Eastern Europe and the former Soviet Union. These programs were intended to assist the nations of the former Soviet bloc in their transition to democratic and free-market based societies as well as help support the growth of independent media.

Michael’s net worth is under review.

Michael Pack was nominated by President Donald Trump in 2018 as the CEO of the United States Agency for Global Media, which oversees the Voice of America, among other news outlets.  Democrats have however long opposed his nomination citing fear he would try to curb the broadcasters’ editorial independence.

When the senators began reviewing his nomination the issue of whether he had used funds from his non-profit organization to enrich himself arose.

In May 2020 Senator Robert Menendez said that the office of the attorney general had notified the panel that it was “actively investigating” allegations that Michael Pack illegally funneled funds from his nonprofit group, the Public Media Lab, to his for-profit film company.

On May 7, 2020 Menendez and other Senate Democrats wrote a letter to Risch saying they still had concerns about issues surrounding his taxes and other background concerns.

“As you and the White House are aware, on the eve of his hearing last year, a number of
issues emerged regarding his taxes (in addition to other background issues). Mr. Pack has refused
to provide the Committee with information necessary to resolve these matters, and he has also
refused to correct false statements to the IRS and provide that agency with legally-mandated
disclosures, despite his own acknowledgment that he gave the IRS false information. ”

President Trump in April singled out Mr. Pack in an angry broadside about the Senate’s failure to confirm his nominees, and said he was eager to install him to address his complaints about the Voice of America’s coverage.

“If you hear what’s coming out of the Voice of America, it’s disgusting. The things they say are disgusting toward our country. And Michael Pack would get in and do a great job.”

Pack’s nonprofit, the Public Media Lab, has listed only Manifold as the benefactor of these donations and consistently describes the purpose of the grant as “for the production of educational films.” That includes the latest filing from 2017, when the group wrote a $300,000 check to Manifold

Michael was nominated by President Trump in June 2018 to lead the United States Agency for Global Media, which oversees the Voice of America, among other news outlets. Conservatives, including Helle Dale at the Heritage Foundation, had complained that Voice of America and its parent, the U.S. Agency for Global Media, was run by Obama administration holdovers and had tilted its reporting against Trump.

Pack is a friend of Bannon, the former White House chief strategist and head of Breitbart. The two worked on two documentaries together and Pack wrote an op-ed last year praising Bannon as a pioneer in conservative documentary filmmaking.