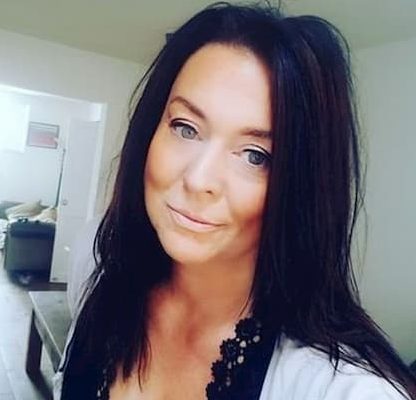 Michelle Mullane was a former British media personality who served as Key 103, XFM and BBC Radio Manchester presenter. She died on December 24, 2020 after battling bowel cancer.

She was 50 years old at the time of her death.

It is not clear whether Mullane has ever been married.

She has a daughter known as Liv Winter, who is a waitress at The Yard Lifestyle and former host at The Botanist Alderley Edge and The Rose Rooms.

After the death of her mother, she penned a beautiful letter about her mother announcing that she passed away ‘peacefully and gracefully at the East Cheshire Hospice 24/12/20 at around 9:30pm.’

Mullane is a former journalist who worked for XFM and Key 103 and made regular appearances on BBC Radio Manchester throughout her career.

Michelle was diagnosed with stage 4 bowel cancer in June 2019. This was after she was rushed to hospital with agonizing stomach pains before being told she had six months to live without treatment.

Speaking earlier in the year about the diagnosis she said; “I never in a million years thought I’d have cancer; it was the furthest thing from my mind. Looking back now, I’d been feeling unusually tired and experiencing some cramping for a few months, but I put that down to living a busy life.

Then one night I was throwing up for hours and experiencing the most excruciating pain in my stomach. The pain was worse than anything I’d ever experienced. It got to midnight and I called an ambulance. I couldn’t stand up and would have gone to the hospital naked, I was beyond caring at that point.

The room filled up with people and that’s when the doctors told me I had incurable bowel cancer. That moment changed my life. They said I’d have six months to live without treatment.”

Mullane died on Christmas Eve. Her death was confirmed by her friend Jason Manford, who shared a touching tribute to Michelle on social media.

He wrote on Twitter; “Just found out my dear friend and ex-BBC Manchester presenter Michelle Mullane sadly passed away on Christmas Eve. I have so many fond memories of Michelle from when I was starting out in stand up in the late 90s.

Michelle was the first person to get me on the airwaves and we spent many an evening laughing, flirting & joking over brews; on air and off. We drank millions of cups of tea and her show ‘Michelle around Midnight’ was one of the only shows you could get on, get paid and just be yourself without having to be a big ‘tv name’.

She was an incredible supporter of new talent and gave a leg up to so many of us northern comedians at a time where it felt like if you weren’t in London, you didn’t stand a chance. She has supported me and many others ever since. She will be dearly missed by so many people, not least her young daughter Liv.

She only messaged me the other week to congratulate me on Royal Variety and to say how proud she was of me. For over a year we’ve been trying to organise a charity gig – postponed due to covid – in aid of Kidney Cancer UK & Bowel Cancer Research. The second we are able to, I will 100% make sure this happens in your name Michelle.”