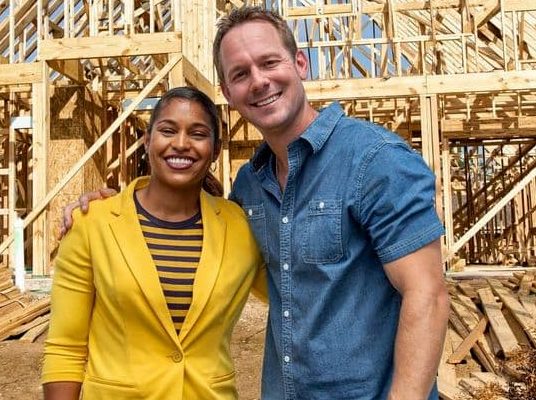 Mika McGee Kleinschmidt is an American real estate developer and a reality television show host with her husband Brian Kleinschmidt. They host ‘100 Day Dream Home’ on HGTV. They also own Anytime Fitness gym.

Mika celebrates her birthday on March 30. Her year of birth is not in the public domain and we are not sure how old she is. She was born in Tampa, Florida

Mika is an American national.

McGee is of an African American ethnicity.

Mika’s father was in the military, there is less information available about her family. She says that a military offspring she attended she attended four high schools, which is an experience that enables her “to adapt to all kinds of people.”

Mika married her high school sweetheart in 2015. The couple first met at Riverview High when school administrators mistakenly assigned Brian to a girls chorus class. After high school they drifted apart but reconnected in 2011.

During dating, Brian introduced her into his world of community theatre, and they’ve both performed in shows at the Straz Center and the Manatee Players. They’ve also starred in some local commercials.

Mika is a mother to a daughter known as Jade.

Mika together with her husband Brian are the producers and host ‘100 Day Dream Home’ on HGTV.  The show is about building homes from the ground. The show features Mika as the realtor, taking clients on inspirational tours so they can pick and choose various aspects of existing houses to create their new home. Brian is the project manager who brings the vision to life.

“We’re bringing a niche that they don’t have right now. Nobody is doing new construction. No one thought you could build a quality new home in that time. We’re building new homes in the same time people rehab homes.” Mika said about the show.