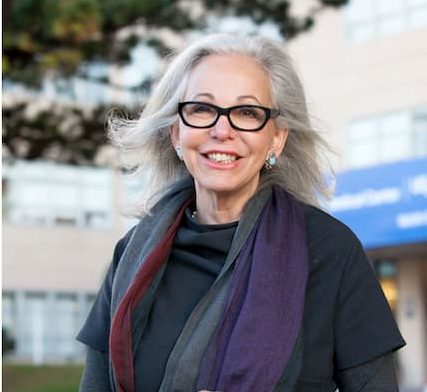 Nancy Ascher is an organ transplant surgeon and professor in transplantation. She is the first woman to perform a liver transplant and a former Chair of the UCSF Department of Surgery. She was awarded the Holly Smith Award for Exceptional Service for 2020 by UCSF.

Nancy has not revealed much about her family but she hails from Detroit, Michigan and was raised alongside three siblings. She has a sister Sheila who passed away three years after Nancy donated a kidney to her.

While at UCSF John serves as chief of the UCSF Transplant Service while Ascher served as the Chair of the UCSF Department of Surgery. In 1993, the couple performed the first live adult-to-child liver transplant.

Nancy together with her husband has two children together; a daughter Roberts Ascher and a son Ascher Roberts. Nancy has revealed that she went into labor during both pregnancies while she was operating. After delivering her daughter she took a week off from work and only took three days off when her son was born.

Prior to joining UCSF she was a faculty member of the Department of Surgery at the University of Minnesota in 1982 and was named Clinical Director of the Liver Transplant Program.

Nancy is a star in Netflix’s medical show The Surgeon’s Cut. The show is a medical docuseries where world-renowned surgeons talk about their lives, their influences, how they came to the specialties that they practice, and the groundbreaking procedures they pioneered.

In the show, Nancy revealed that horror films, feminism and an intellectually rigorous family inspired her to take up a career in medicine. She said that she had to do things that required her to overcome her fears which is where horror films came in handy.