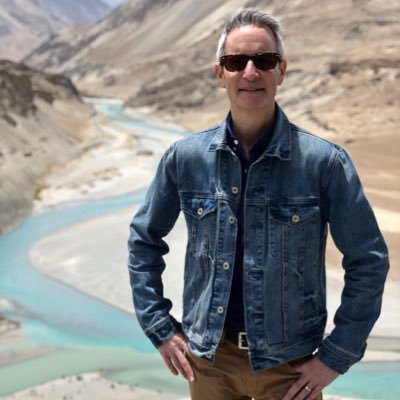 Neal Karlinsky was an ABC News Correspondent based in Seattle, Washington. He has been nominated twice for the 30th and 32nd News & Documentary Emmy Award in the Outstanding Continuing Coverage of a News Story category. He also received a nomination, in the Television Segment category at the 2012 James Beard Awards, where he hosted a cooking segment with John Berman, on Nightline. He is now a Storyteller for Amazon.

He obtained his baccalaureate from Michigan State University in journalism.

He is the son of Arnold and Vivian Karlinsky.

He has a brother, Paul, and a sister, Deborah.

He is married to Malia Karlinsky, an Emmy award winning Lifestyle Reporter and Producer at KOMO-TV, the ABC affiliate in Seattle.

He has two children though their names are undisclosed.

He is an ABC News Correspondent based in Seattle, Washington. He reports for “World News with Diane Sawyer,” “Good Morning America” and “Nightline,” as well as ABC’s digital platforms and ABC News Radio. He joined ABC News in August 2000. Since joining ABC News, he has proved himself a versatile storyteller.
He’s covered every kind of natural disaster imaginable from a variety of datelines, while profiling everyone from heartthrobs and Hollywood elite to child prodigies and sport’s stars for Nightline. In 2010, he conducted the only network interview with former Tour de France winner Floyd Landis for an investigation of doping allegations against Lance Armstrong. He reported extensively inside Iraq in 2003 and 2004.
Since joining ABC News, he has been honored by the Overseas Press Club for Outstanding Breaking News coverage during the 2008 Chinese earthquake. His reporting inside the Arctic earned him an Emmy nomination for magazine reporting in 2008. He was also recognized by the National Press Club for a report on recalled Firestone tires and by the Humane Society of the United States for reporting on animal-rights issues.
Before joining ABC News, he worked for six years at CBS affiliate KIRO-TV in Seattle, where he won a New York Festivals Silver World Medal for investigative reporting. He also won several local and regional awards for investigative, breaking news and hard news reporting.
Prior to his time in Seattle, he worked at ABC affiliate WKRN-TV in Nashville, Tennessee, where he also received an award for breaking news coverage, and at CBS affiliate WLNS-TV in Lansing, Michigan.