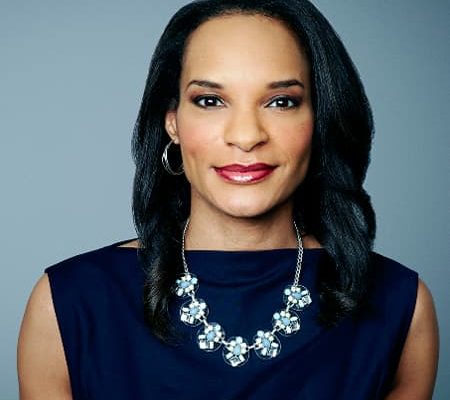 Nia-Malika Henderson is an American media personality serving as a senior political reporter for CNN based in Washington. She also serves as a fill-in anchor for Inside Politics. She appears as a panelist for CNN’s Inside Politics, The Situation Room with Wolf Blitzer and CNN Tonight with Don Lemon.

He holds a bachelor’s degree in literature and cultural anthropology from Duke University. He earned master’s degrees from Yale University in American studies and Columbia University in journalism.

Malika has not revealed the name of her parents but she has said that her parents were influential in shaping her love of politics and culture. They were both involved in the civil rights movement, and her father marched with Martin Luther King, Jr. in Alabama in the 1960s.

Who is Nia-Malika Henderson Married To

It is not clear whether she is married or not. She keeps her personal life private.

It is not clear whether Malika has a wife or not but according to an Instagram page which is not verified as her account a post-dated January 1 shows her with a woman with the hashtag newly weds.

Henderson joined CNN in 2015 and serves as a senior political reporter based in Washington. She reports for the network’s digital and television platforms, and regularly appears as a panelist for CNN’s Inside Politics, The Situation Room with Wolf Blitzer and CNN Tonight with Don Lemon. She also often serves as a fill-in anchor for Inside Politics.

She previously served as a national political reporter for The Washington Post, where she covered the White House, the 2012 presidential campaign, the 2010 mid-term elections and anchored The Post’s Election 2012 blog.

Prior to that she worked for POLITICO and covered the first two years of the Obama administration and was Newsday’s lead reporter covering Obama’s 2008 campaign, the Democratic primary race and the Democratic National Convention.

In 2005, Henderson was part of the Newsday team named a finalist for the Pulitzer Prize in explanatory reporting for a series on the history of hip hop. Before joining Newsday’s national staff, she wrote for The Baltimore Sun.