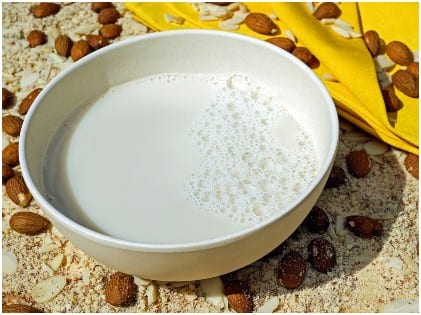 Almond milk has been in vogue among health-conscious people for a few years now. High in nutritional value and low in calories, the milk is obtained after grinding almonds and then mixing with water. The combination is eventually filtered, which renders a product akin to milk. However, the flavor is a tad nutty! Rest, it’s all the same. Most people talk about almond milk largely for being a sharp deviation from the same old dairy milk and has nutrients in high proportion. This includes riboflavin, calcium, vitamin D, and E.

Together, it makes for a drink that’s not only tasty but suitable to the nutritional requirements of all. Imagine those who can’t consume cow milk or someone who likes to try something different. Almond milk indeed comes to the rescue. And now that certain commercial variants are available and can be home-based, almond milk’s gaining all the attention. Here’s why.

Almond milk in unsweetened forms is low in sugar. For example, a single cup (240 ml) of almond milk has barely 1-2 grams of carbs, the dietary fiber that is. In contrast to that, the same quantity of dairy milk would contain around 13 grams of carbs. And that too mostly sugar. You can find numerous commercial brands selling almond milk. Most of them are flavored with added sugars and sweetening agents.

Those would amount to no less than 5-17 grams of sugar per cup (240 ml). It is better to consume unsweetened almond milk, especially for those who wish to reduce their sugar intake. People with diabetes hence can rely on this milk to eliminate extra carbs intake. Ensure you read the ingredients list and nutrition label for added sugars before making a purchase. 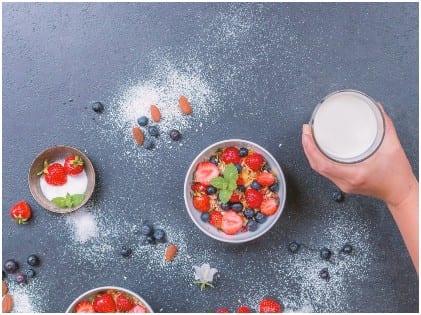 Now weight loss becomes easier with almond milk for one cup (240 ml) consisting of around 30-50 calories, against whole dairy milk with around 146 calories. This is a clear indication that almond milk has almost 65%-80% lesser calories. Restrictions on calorie intake must be seen so that you lose bodyweight faster, even when you exercise religiously. Imagine losing about 5%-10% of your body weight using this milk. That proves prevention and management of health conditions like diabetes.

If you’re trying to lose weight, replace those couple or more daily dairy products with almond milk. The results in your daily calorie intake would reduce by 348 calories, at least. Experts and weight loss strategists would often recommend consuming 500 calories less, so imagine what drinking almond milk can help you with. Just ensure that you avoid the sweetened, commercial almond milk varieties owing to the presence of added sugars. Or better still, try the homemade versions that contain a greater percentage of almonds, but the calorie intake would be a tad high. While it requires no second mention that dairy items and milk constitute the key sources of calcium in our diets, almonds contribute to fewer amounts. If the former supplies close to 28% of the recommended intake, almonds would account for merely 7% in 1 ounce (28 grams) per day. But the good thing is that manufacturers often load the milk with calcium to compensate for the required quantity of dairy milk.

In case you were not aware, calcium helps in the growth, development, and overall health of nails, bones, and hair. So consuming a proper quantity would always save you from the risks of osteoporosis and frequent fractures. The heart, muscles, and nerve health are also taken care of by adequate calcium intake. However, companies and brands often use a specific form of calcium called tricalcium phosphate and not calcium carbonate. Since the former is usually not well absorbed, better check the type in the ingredients label when buying your almond milk. Those who would prefer to stick to homemade almond milk include other calcium sources that supplement your diet like yogurt, cheese, fish, seeds, leafy veggies, legumes.

Almond milk is gaining prominence and will do so even more in the future. You can try using tea, coffee, cereals, oats, and even mix in smoothies, ice creams, and more. And soon enough, you would fall in love with the taste of almond milk. Have you tried this vegan milk alternative? Do let us know your experience in the comments section!