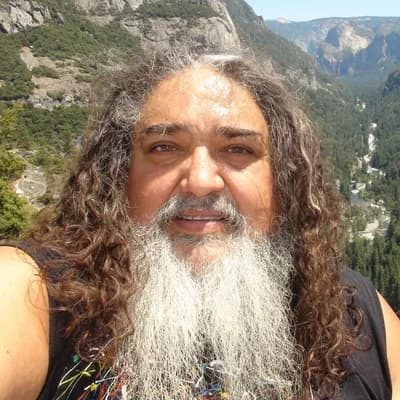 Paul L. Vasquez also known as Yosemite Bear was an internet sensational who gained fame in 2010 with his ‘double rainbow’ video which went viral. He had shot the video from his mountainside home, his reaction was the one that caught people’s attention. He died on May 9, 2020.

Paul was 57 years old at the time of his death.

Paul was married but had since been divorced. There is no available information about his ex-wife apart from she was from a Yosemite Indian tribe.

Paul was a father of two children a daughter known as Irene born in 1987 and a son Paul III born in 1989.

Paul worked as an LA County firefighter before moving to Yosemite in 1985 where he worked as a security officer, emergency medical technician and a firefighter at a park concessionaire. He then worked for the National Park Service, posting public signs and fixing utilities as a seasonal worker.

In 2010 he shot a video of double rainbow overlooking the Yosemite valley from his mountainside house. He noted that the camera couldn’t capture the rainbows’ intensity and brightness.

The video went viral after talk show host Jimmy Kimmel tweeted about it. This led to Paul’s appearance on several TV shows and even did commercials for Smartwater, Microsoft and Delta Air Lines.

Two days earlier he had posted that he had a fever and was experiencing trouble breathing. The post read in parts; “It took me several minutes to catch my breath after walking 50 feet, I went to the farm feeling weak, did what I needed to do came home and took a nap.  My lungs are feeling congested, I’m suspecting pollen, after my nap I tested my oxygen level, it’s under 80, I have a fever of 100.2 I’m having a little trouble breathing if I walk in my apartment but it’s not to bad if I’m not moving. I signed up to make an appointment to get a COVID 19 test here in Mariposa on Tuesday. ”

Paul died on May 9, 2020 but the cause of death is still unknown. According to the Mariposa County Coroner’s Office Vasquez died early Saturday afternoon in the emergency room of John C. Fremont Hospital.