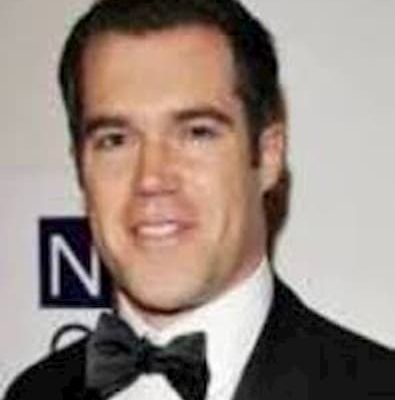 Peter Marvin Alexander is an American media personality working  as a national correspondent  and a White House correspondent for NBC News based in Washington, D.C.  He also co-anchors Today Saturday edition alongside Kristen Welker and Dylan Dreyer and also appears on  NBC Nightly News, Meet the Press, Dateline NBC, MSNBC and NBCNews.com.

She was born on 29 July 1976 in Oakland, California, United States.

Alexander is a graduate of Northwestern University’s Medill School of Journalism.

Peter is the son of Terry Alexander and David Alexander. His father is an attorney. Not much is known about his parents but they are of Jewish descent and they are divorced.

Peter was brought up alongside his three siblings, Rebecca Ann Alexander and Kelvin Alexander who are twins and  his half sister Lauren Sierra Alexander. Rebecca is a psychotherapist , author, group fitness instructor and disability rights advocate who earned an undergraduate degree from the University of Michigan, and double master’s degrees from Columbia University in social work and public health. She was diagnosed with Usher syndrome type III ,a rare genetic disorder that is robbing her of her vision and her hearing and has appeared on Today, Morning Joe, The Meredith Vieira Show and The Dr. Oz Show in discussion of her book, Not Fade Away, about living with Usher syndrome type III, which she co-wrote with Sascha Alper. In 2016, she received a Helen Keller Achievement Award from the American Foundation for the Blind

Peter is married to Alison Starling, an anchor at WJLA-TV (Washington, D.C.’s ABC affiliate).She is from a military family and spent part of her childhood in the Washington D.C. metropolitan area while her father worked for the Office of the United States Trade Representative. She later returned to DC to be a congressional intern and  graduated from University of Florida before earning a Cultural Ambassadorial Scholarship from Rotary International to study in Tours, France for six months. The duo met  in 2001 and in  August 2011 they became engaged in France. They exchanged their marriage vows in April 21, 2012, atop the Newseum in Washington, DC.

Peter joined  NBC News in 2004 and he has covered many international stories— from Iraq’s historic election in 2005 to the death of Osama bin Laden in Pakistan, and the tsunami in Indonesia. He has filed reports from Afghanistan, the Galápagos Islands, Gaza Strip, Israel, Laos and Mexico and his work also includes environmental reporting from the Northwest Passage in the Arctic.

He has also covered numerous breaking news events, including anchoring live coverage of the “Miracle on the Hudson” and the Virginia Tech shooting. In 2010, he reported on the international controversy surrounding WikiLeaks and its founder Julian Assange. In addition to his news responsibilities, Alexander has also served as an NBC Sports host, and covered both the 2008 Beijing Olympic Games and the 2010 Winter Olympics. Alexander served as a White House correspondent from 2012 to March 2014. He covered the Presidency of Barack Obama, traveling across the world with the president and is based in Washington, D.C., and still frequently reports from the White House.

In March 20, 2020, he attended a live White House briefing held on steps the federal and state governments were undertaking to respond to the COVID-19 pandemic in the United States. President Donald Trump stated he had a “good feeling” and was “hopeful” about the potential effectiveness against coronavirus of certain older drug therapies such as chloroquine that have been effective on other conditions. Alexander asked: “Is it possible that your impulse to put a positive spin on things may be giving Americans a false sense of hope?” President Trump answered that it was important to communicate hopeful therapies that are being investigated. Alexander further questioned the president: “What do you say to Americans who are scared though? I guess, nearly 200 dead, 14,000 who are sick, millions, as you witnessed, who are scared right now. What do you say to Americans who are watching you right now who are scared?” Trump replied, “I say that you are a terrible reporter, that’s what I say. I think it’s a very nasty question. I think it’s a very bad signal that you are putting out to the American people. They’re looking for answers and they’re looking for hope. And you’re doing sensationalism.” Some news organizations and commentators harshly criticized this response to what they described as a “softball question.”

He was nominated for the Outstanding Live Coverage of a Breaking News Story – Long Form News & Documentary Emmy Award for his participation in the NBC News Special Report: The Death of Pope John Paul II (2005) news documentary.

His annual salary is unknown.

He has an estimated net worth of $1.5million