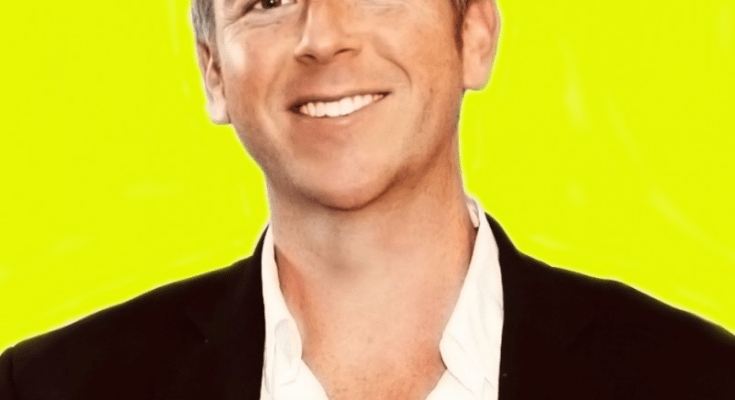 Peter Hamby is an American media personality serving as the host of Good Luck America at Snapchat and a contributing writer for Vanity Fair. He also worked at CNN.

Hamby is an American national.

He attended Douglas S. Freeman High School and later joined Georgetown University where he graduated in 2003 with a bachelor’s degree in English. He received a master’s degree in journalism from New York University in 2004.

Hamby also studied at the University of Cape Town in South Africa and was a Spring 2013 fellow at the Joan Shorenstein Center on the Press, Politics and Public Policy at Harvard University’s Kennedy School of Government, where he authored a widely-circulated study on the impact of Twitter on media behavior and campaign press strategy.

His parents are Bill Hamby, a television producer, and Tressa Hamby, a film editor and producer.

They both worked in Washington D.C before moving to Richmond in 1987 after the Washington office was closed and its headquarters moved.

His father started its PR branch and is now retired and doing some freelance travel writing while his mother works at St. Christopher’s School.

He has two younger siblings, Patrick and Michael.

His youngest brother, Michael, recently returned to the United States after serving as a Peace Corps volunteer in Thailand. Patrick died in a car crash in 2002 when he was a 19-year-old college student.

There is no official report about his marriage and so it is assumed that he is not married yet.

He is in a relationship since he has mentioned his girlfriend a couple of times.

He does not have kids.

Peter is a national political reporter for CNN Digital, based in the network’s Washington, D.C. bureau. His work, includes in-depth articles, analysis for CNN.com and a political video franchise which is integrated across all CNN Digital platforms and CNN television.

He contributed to CNN’s Emmy Award-winning election coverage throughout America’s Choice 2012, traveling to many of the battleground states as CNN’s reporter-at-large with a focus on the Republican primary contest and Mitt Romney’s campaign. In that role, he broke a number of major political stories, including the news that Gov. Rick Perry would drop out of the race as well as Florida’s decision to move their 2012 primary date and up-end the Republican nominating calendar. After the 2012 campaign, POLITICO named Hamby one of “10 Breakout Political Reporters of 2012.”

Previously, he covered some of the most high profile political stories of the Obama era, including the 2008 presidential race, the arrival of tea party movement and the Republican resurgence of 2010. During CNN’s Peabody Award-winning coverage of the 2008 presidential race, Hamby was a traveling producer and reporter on the campaigns of Mitt Romney, Hillary Clinton, John McCain and Sarah Palin. In 2007, Hamby launched CNN’s South Carolina “mini-bureau” to provide on-the-ground coverage of the state’s pivotal Republican and Democratic presidential primaries.

Hamby joined CNN in 2005 as part of the team that launched The Situation Room with Wolf Blitzer. He spent two years as a producer and researcher for the show.

Hamby joined Snapchat in April 2015, as head of news to oversee the company’s news coverage. He is also the host of “Good Luck America,” Snapchat’s first original show, focused on the 2016 presidential race, and later, politics in Donald Trump’s America.

The show averages 5 million viewers per episode, and 75% of the viewers are under the age of 25.

In October 2020, he fractured his right hand when he tripped off from his bike. He had a check up and he is doing fine.