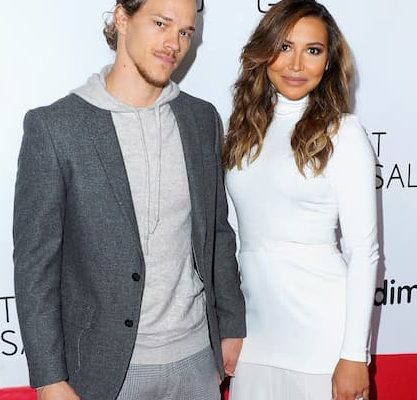 Ryan Dorsey is an American actor known for his appearances on Vampire Diaries, Ray Donovan and Shameless. He is the ex-husband of Naya Rivera and the father of her son.  Naya went missing on July 8, 2020 after she went for boat riding with her son on California’s Lake Piru.

He attended Riverside High School where he played both basketball and football until he suffered an injury. He later joined Western Carolina University for his freshman year with plans to major in theatre. He dropped out after only a semester though and moved back home to West Virginia.

While in high school Ryan was encouraged by a man named Ron Reedy, who is an industry professional from Hollywood, and had taken over the theatre program at Riverside High School, where Ryan attended school, to audition for a production of Ayn Rand’s Night of January 16. He became interested in acting and when he joined college he planned to majoring in theatre although he dropped after only one semester. When he moved back home to West Virginia, together with his friends they started making their own films.

Ryan later moved to New York City and was accepted into an acting conservatory at The New York Conservatory for Dramatic Arts.

Dorsey did not appear on Glee but his ex-wife Naya played the role of Santana Lopez for all the six seasons of Glee.

Naya and Ryan had previously dated before they broke up and Naya began dating and later got engaged to Big Sean. After she split from Big Sean she reconciled with Ryan and went on to marry in Mexico in July 2014.

In November 2016 Naya filed for divorce from Ryan but a month later they called off the separation.

In Late November 2017, Naya was arrested and charged with domestic battery after Ryan alleged she had hit him in the head and face during an altercation over their child. She was later released on a $1,000 bond. In January 2018 the domestic battery charge was dismissed following a request from Ryan who “notified both the prosecution and the defense counsel that he was no longer seeking prosecution and has confirmed he was never at any time injured by the conduct of Ms. Rivera.”

Ryan and Naya have one son together known as Josey Hollis Dorsey born in September 2015.

On July 8, 2020 Naya Rivera was declared missing after her four-year-old son Josey was found alone on a boat on California’s Lake Piru. Naya had rented a pontoon boat and were swimming together. After the boat was overdue for return, staff found Josey on board, but not Naya. According to the Ventura Sherrif’s Department, Naya’s son was wearing a life vest, but Naya was not as a second life vest was found inside the boat.

A search and rescue dive team and helicopter equipped with a drone both assisted in the search on Wednesday, but Naya has still not been found. Fillmore Police Department suspended the search for the night, but plan to resume again on Thursday.

Happy Fathers Day from my gang to yours out there!😎 Tomorrow, next week, next month, next year is never promised. Be grateful for yours if they’re still around – especially during these crazy times we’re all living through✌️❤️🙏Josey I love you so much, you are the sunshine & joy of my life, proud to be your daddy💛