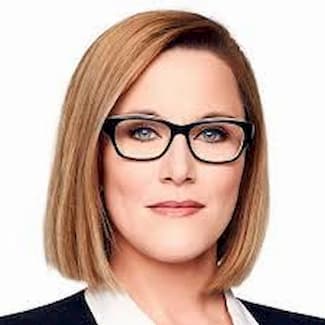 Sarah Elizabeth Cupp  is an American media personality working as an anchor for CNN. She  hosts S.E. Cupp: Unfiltered, a political panel show and is a  former panelist on the CNN political debate show Crossfire. She previously was a panelist on Real News on TheBlaze and a  co-host of the MSNBC talk show The Cycle.

She was raised  in Oceanside and Andover ,Massachusetts  by her parents but she hasn’t revealed much about them . Her  mother’s name  is Patricia Cupp . It’s also not known if she has any siblings.

Cupp is married to John Goodwin, the Head of Communications for The Weather Channel. He is a former chief of staff to Representative Raúl Labrador, at the 2008 Republican Convention. The duo first met in 2008 at the Republican Convention and they began dating in 2011 and later got  engaged in September 2012. They exchanged their marriage vows  in November 2013.

She and her husband has  a son, John Davies Goodwin III who was born in December 2014.

She hosts S.E Unfiltered on CNN,  a one-hour panel-driven show that explores the white-hot intersection of politics and media with newsmakers, politicos and journalists every Saturday at 6pm ET. Live from New York, Cupp covers the latest news out of Washington and around the world, from President Donald Trump’s White House and national policy debates to media matters and geopolitics.

Prior to that she also  led a panel-driven show on HLN that debated contemporary issues impacting the country. She joined CNN as a contributor in 2013 and HLN as a host in 2017.  Cupp was the host of S.E. Cupp’s Outside With Insiders, a digital series on CNN.com where she took political insiders to the great outdoors. Past guests included Gov. Scott Walker (R-WI) and Rep. Mark Sanford (R-SC) among others. From 2013 to 2014, she  co-hosted “Crossfire” on CNN, the relaunched political debate program with panelists Newt Gingrich, Stephanie Cutter and Van Jones.

Before joining CNN as a host and political commentator, Cupp co-hosted MSNBC’s roundtable show, The Cycle. She is a  nationally syndicated political columnist, culture critic, author and consultant. She regularly writes for the New York Daily News, Glamour and CNN.com. She  penned “Losing Our Religion: The Liberal Media’s Attack on Christianity” and co-authored “Why You’re Wrong About the Right” with Brett Joshpe. She was previously a consultant for Apple TV+’s The Morning Show starring Jennifer Aniston, Reese Witherspoon, and Steve Carell and HBO’s hit series, The Newsroom. She has been a contributor to TheBlaze’s Real News and contributing editor for Townhall Magazine.

She has an estimated net worth of $6 million