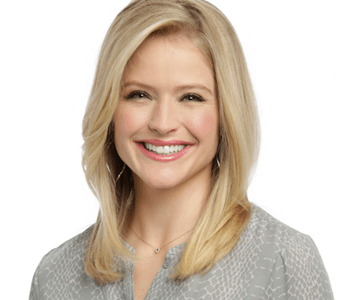 Sara Haines is an American television host and journalist. She is known as a co-host of the ABC daytime talk shows The View and Strahan, Sara and Keke. She has also worked as a correspondent on Today, ABC News, and Good Morning America.

She attended Smith College in Northampton, Massachusetts, where she received a Bachelor of Arts degree in government in 2000. At Smith, Haines played basketball and volleyball.

She has three siblings and she is the second born of the four.

Haines married attorney Max Shiffrin in November 2014 and they reside in New Jersey.

She has three children with her husband. Their first child, Alec Richard, was born in March 2016, followed by their second, Sandra Grace, in December 2017, and their third, Caleb Joseph, in June 2019.

Haines returns to “The View” panel for season 24 having been a co-host in 2016-2018 for seasons 20-21. Most recently, Haines co-hosted ABC News’ “GMA 3: Strahan, Sara & Keke.” Prior to her association with ABC News in 2013, she was part of the fourth hour of NBC’s “Today,” alongside Kathie Lee Gifford and Hoda Kolb, a position she held from 2009 to 2013. In 2008, she began online reporting as host of the program’s entertainment video blog, “Backstage Pass,” interviewing countless celebrity entertainers, actors and musicians. Haines came aboard “Today” in 2002 as a production coordinator. Prior to joining NBC News, she was a member of NBC’s page program.

Information about her salary is unavailable.

Her net worth is estimated to be around $1 million.