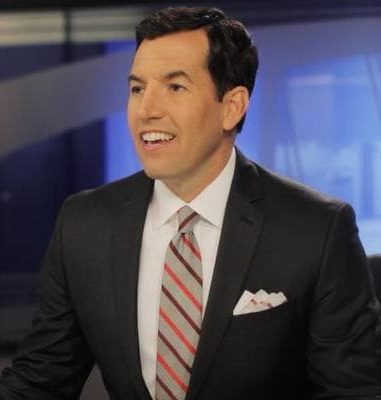 Scott Light is a six times Emmy award-winning American journalist serving as a 5:30pm news anchor, host of Face The State and Consumer 10 reporter at WBNS-10TV in Columbus, Ohio.

Scott has a Bachelor’s degree in Communications: Radio and TV with a Journalism major from Radford University.

Light has a wife known as Julie Gray Light. The couple has two sons Grayson and Spencer.

Happy holidays from the Lights: Grayson, Julie, Spencer and Scott

WBNS-10TV in Columbus, Ohio in 2016 where he serves as 5:30pm news anchor, host of Face The State and Consumer 10 reporter. On June 30, he announced that he was leaving.

He previously served as an evening anchor and reporter for WGCL CBS Atlanta. He conducted exclusive interviews with the likes of President Jimmy Carter and ‘Dean of the Civil Rights Movement’ Dr. Joseph Lowery.

Prior to Atlanta, he anchored the news at KPNX 12 News on Phoenix for a decade. In 2008 she lived in China for nearly a month anchoring his morning show daily from Beijing. While there she was honored with five Emmy awards and the Arizona Associated Press ‘Anchor of the Year’ award.

He began his career at WTVD in Raleigh, North Carolina as an anchor and Reporter. He did extensive reporting on the military and traveled to the Persian Gulf for a special series of stories on the U.S. Navy. He also reported from the Pentagon on 9/11 and spent three weeks covering the presidential recount in Florida in 2000.