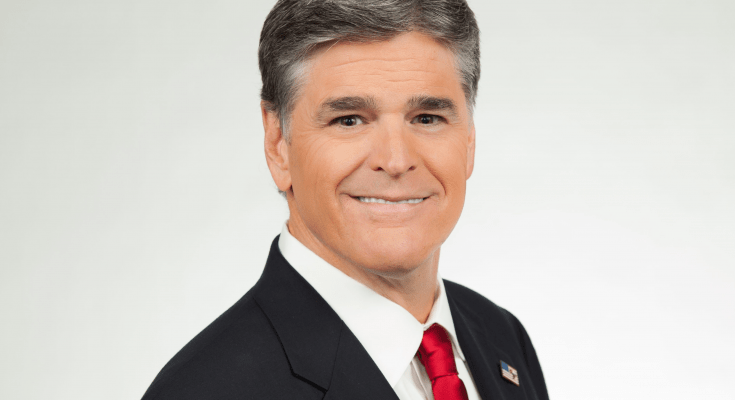 Sean Hannity is an American media personality, author and conservative political commentator serving as the host of The Sean Hannity Show and also hosts a commentary program, Hannity, on Fox News.

Hannity went to Sacred Heart Seminary in Hempstead, New York and St. Pius X Preparatory Seminary in Uniondale, New York. He later attended both New York University and Adelphi University but left school without graduating in order to pursue a career in broadcasting.

He is the son of Lillian and Hugh Hannity. His mother, Lillian worked as a stenographer and a corrections officer at a county jail, while his father, Hugh was a World War II veteran and family-court officer. All of his grandparents immigrated to the United States from Ireland.

He has three older sisters. He is the youngest of the four siblings.

Hannity married Jill Rhodes in 1993. In June 2020, the couple announced that they had divorced the previous year but had separated years prior. Hannity has since begun dating colleague Ainsley Earhardt.

Despite colleagues taking note of their romance, the two haven’t confirmed their relationship to coworkers and have been keeping it under wraps, according to Vanity Fair.

Sean and Jill are committed to working together for the best interests of their children. They came into amicable agreements and they maintain a close relationship as parents to their children.

He has two children; a son, Sean Patrick and daughter, Merri Kelly with his ex- wife, Rhodes.

Hannity currently serves as host of FOX News Channel’s (FNC) Hannity (weekdays 9-10PM/ET). He joined the network in 1996 and is based in New York.

He recently joined the new streaming platform FOX Nation with his own weekday program titled Hannity on Air which features a livestream of his monologue from his nationally syndicated radio program The Sean Hannity Show.

Hannity presented the first interview with President Donald Trump following his meeting with Russian President Vladimir Putin in Helsinki, Finland. In 2018, he contributed to FNC’s live coverage of the United States and North Korea summit that took place in Singapore. His coverage of the historic meeting between President Donald Trump and North Korea leader Kim Jong Un delivered 5.9 million total viewers, making it the highest-rated program across broadcast and cable primetime that evening. Following the North Korea summit, he presented an interview with President Trump that dominated the cable news competition, averaging 4.1 million total viewers.

Previously, he co-hosted Hannity & Colmes with Alan Colmes for 12 years which was ranked as the second-highest rated program in cable news.

Known for his provocative style and free-wheeling, passionate commentary on politics and the American agenda, Hannity has become one of the most popular radio personalities nationwide. As host of Premiere Radio Networks’ The Sean Hannity Show, syndicated to more than 500 stations and heard in all of the top 50 markets, he has a loyal listenership of 13.5 million. Hannity is currently ranked No. 2 in Talker Magazine’s Top 100 Talk Host in America and was listed as No. 72 on Forbes’ “Celebrity 100” list in 2013. In October 2003, he received two NAB Marconi Radio Awards for Network Syndicated Personality of the Year and is a three-time consecutive winner of the Radio & Records National Talk Show Host of the Year Award.

Prior to his roles with WABC and FNC, Hannity hosted a radio talk show in Atlanta on WGST-AM and was a frequent substitute for fellow talk show host, Rush Limbaugh on WABC in New York.

Hannity has said he is too busy to write many books, and dictated a lot of his own two books into a tape recorder while driving in to do his radio show.

He wrote his third book, Conservative Victory: Defeating Obama’s Radical Agenda, which was released by HarperCollins in March 2010. The book became his third New York Times Bestseller. In 2020, he released his fourth book, Live Free or Die.