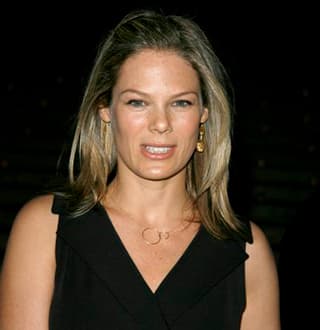 Serena Altschul is an American media personality working as a contributing correspondent for CBS and appears on CBS Sunday Morning. She previously served as a host for  MTV and also worked for Channel One News as an anchor and reporter. She also worked as an anchor for CNN.

Altschul attended Scripps College  for a few years, studying English literature, but did not graduate.

Serena is the daughter of Arthur Altschul and  Siri von Reis . Her mother is half-Finnish and half-Swedish and she is an author and botanist .She worked at the New York Botanical Gardens. Her father was a banker and a Goldman Sachs Group partner and executive at his private family office, Overbrook Management Corporation, founded by his father. He was on the Board of Trustees of many museums and philanthropic organisations, including the Whitney Museum, the United Jewish Appeal, the Overbrook Foundation, the Metropolitan Museum of Art, The American Assembly and the International Foundation for Art Research. He was also a was a reporter for The New York Times in the late 1940s and also served in the marines. He was married four times before he passed away 17 March 2002. Serena’s parents divorced when she was two years old .

Serena has tried to keep her personal life private . However ,she is in a relationship with Cooper Cox, President of @dmlnycdml.nyc. She posted a picture of herself and Cooper  holding a baby in 2016, with the caption, “My beautiful babies”,. it’s not known if the two are married. In May 14 2017, Cooper wished Serena a happy mother’s day through a post on his Instagram page.

Serena and her partner has a baby girl but she hasn’t revealed any further information regarding her.

Altschul joined CBS in December 2003 as a contributor to CBS Sunday Morning and has since appeared on the show. She also contributed to an edition of the CBS News magazine “48 Hours” on the increasing use and abuse of Oxycontin.  Prior to joining CBS, she, also worked for two years at Channel One News, a channel seen nationwide in high schools, as an anchor and reporter. In 1987 she landed a job at MTV and in January 1996 she started working for MTV News. Here ,Altschul  created, produced and hosted an MTV documentary series called “Breaking it Down,” hour-long, single-topic specials that focused on issues such as gang violence, homeless teenagers and the effects of the drug trade.

She also  hosted  two acclaimed editions of MTV’s “True Life” series, one on heroin abuse among affluent Dallas teenagers and another on the murder of Matthew Shepard, an openly gay student at the University of Wyoming  From 2002 to 2003 Altschul worked at CNN where she hosted  CNN Presents .She also hosted and produced a CNN special on the return of PCP and  continued working at MTV News while at CNN. She played herself on Jay-Z’s 1999 song, “Dope Man” and  also appeared as herself in the films Queen of the Damned and Josie and the Pussycats.

She has an estimated net worth of $1million-$5million.