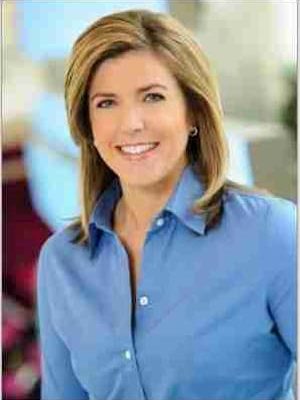 Shannon stands at a height of 5 feet 7 inches tall.

Pettypiece attended Lake Orion High School before joining the University of Michigan and graduated with a Bachelor’s degree in political science with a focus on Russia and the former Soviet Union.

Shannon is the daughter of Aileen Pettypiece and Doug Pettypiece. Her mother was a science teacher while her father was a woodworker who owned Troy Corners Door Co.

She was brought up alongside her sister Erin Pettypiece. In a tweet dated March 23, 2020, Shannon revealed that her sister was once a pool inspector. “As my sister, who was an Iowa pool inspector once told me if you have enough chlorine, nothing can survive. Words to swim by.”

Shannon is married to Jason Fields who is an editor of The Riverdale Press, a weekly newspaper in the Bronx. He has previously worked for The Washington Post, The New York Times, and Associated Press. He is a graduate of St. John’s College in Annapolis, Maryland, and grew up in Manhattan. He is the son of Susan and Stanley Fields who  are both retired and live in Manhattan. The wedding, attended by close family members and friends took place in Central Park where Shannon and Jason exchanged their wedding vows on May 24, 2009.

Pettypiece and her husband have a son named Isaac. She has repeatedly said in interviews that she loves spending time with her son doing whimsical stuff. During her 38th birthday, as per the interview with Politico, Shannon said “I’m planning to kick off the day with breakfast sheet cake with my son (yellow cake, buttercream frosting), then heading to New York to celebrate with one of my best friends. Going to Masseria later in the week with D.C.” She also posted a photo blowing candles on her birthday cake together with her son.

Pettypiece is a senior White House reporter for NBC News Digital which includes NBCNews.com, MSNBC.com, TODAY.com. Prior to joining NBC News, she worked for Bloomberg News in Washington covering the Food and Drug Administration. She later moved to New York where she took over coverage of the pharmaceutical industry. She has also been a contributor to Bloomberg Businessweek. While at Bloomberg, she interviewed the chief executives of the world’s largest health care companies, including Pfizer, Merck, GlaxoSmithKline, Bayer, and Eli Lilly. Her reporting took her to China, where she went inside Chinese hospitals, research labs, and homes for a four-part series on the country’s evolving health care system. In 2010, she became a correspondent for Bloomberg TV, covering the healthcare industry.

Pettypiece also worked at Crain’s Cleveland Business, where she reported on news stories regarding the city’s medical and information technology companies and also worked as a reporter for Miami Today News, and as an intern for the New York Times, as well as a stringer for The New York Times in Detroit. She has covered local government for Miami Today News and health care and technology for Crain’s Cleveland Business and was a reporter and editor at The Michigan Daily, the university’s student-run newspaper.