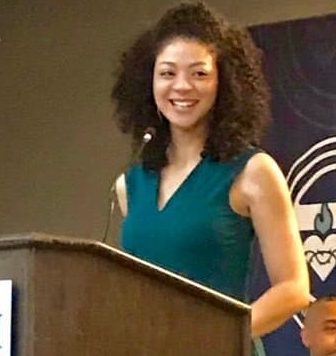 Sonya is an associate professor of Education Leadership at Teachers College, Columbia University, where she serves as Senior Research Associate at the Institute of Urban and Minority Education (IUME) and Co-Director of the Urban Education Leaders Program (UELP) – an Ed.D. program for aspiring and practicing urban school superintendents. Her research focuses on the social and political contexts of school leadership, school segregation, critical race theory, Black education and the superintendency.

She is the founding director of the Black Education Research Collective (BERC) – a project seeking to generate new knowledge at the intersection of Black studies and education research and build connections across research, policy, and practice communities in ways that support the education of historically disenfranchised and underserved learners of all ages.

She previously served on the education leadership faculty at George Mason University (Fairfax, Virginia) and the University of Nevada, Las Vegas, in her hometown of Las Vegas, Nevada.

She is a member of Divisions A and L of the American Educational Research Association (AERA) and University Council for Educational Administration (UCEA).

On May 15, 2020 Steven admitted that he had an affair with Gabriela Linder. The relationship began in 2009 when Steven was the majority leader of the Nevada state Senate and Linder was an intern in former U.S. Senate Majority Leader Harry Reid’s Nevada office.

Steven has since released a statement apologizing to his wife and family. “It is true that I had a previous relationship outside of my marriage, over the course of several years. I’m deeply sorry to all of those who have been impacted by this very poor decision, most importantly my wife and family. Out of concern for my family during this challenging time, I ask that our privacy is respected.”

Sonya is a mother of three children; a daughter known as Ella Horsford and two sons,  Benjamin and Bryson Horsford.