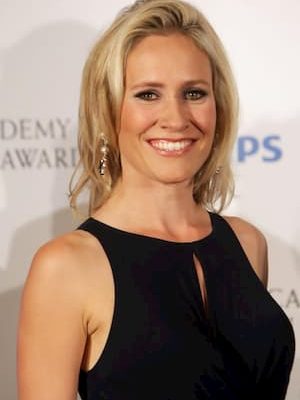 Sophie Jane Raworth is an English media personality working for the BBC. She is the main presenter of BBC News at One and regularly appears on the BBC News at Six and BBC News at Ten and has also been a guest presenter on the flagship current affairs programme The Andrew Marrs Show and can often be found presenting state occasions.

Sophie attended the independent Putney High and St Paul’s Girls’  schools and later graduated with a degree in French and German from  the University of Manchester, Sophie then studied for a postgraduate course in broadcasting and journalism at City University, London.

Raworth is the daughter of Richard Raworth and Jenny Raworth. Her father was a businessman while her mother was a florist. She was raised in the affluent suburban area of Twickenham in southwest London, England. When Sophie appeared in series 13 of BBC genealogy documentary Who Do You Think You Are? she discovered that her 5x great-grandfather, Abraham Crowder, was head Gardner at Cusworth Hall in Doncaster and used to grow pineapples for sale. In the programme, she confessed, “Every time I see a pineapple now, I just smile.”

Sophie is  married to Richard Winter, a company director of real estates. Reportedly, he was an old friend of Sophie’s and they had a relationship years before their reunion.During their first go at love, he ended the relationship.She said it was the only time she was dumped, normally being the heartbreaker herself. He proposed to her in Amalfi, Italy while on holiday for her 35th birthday.The duo then exchanged their marriage vows  in London in 2003 after dating for a year.

Sophie and her husband has three children ,two daughters ,Ella Rose Winter  and Georgia Winter  and a son, Oliver Winter .

Raworth  took up running some time back when she was offered a place in the Great North Run. In her first attempt at the half-marathon distance, she crossed the line in two hours and six minutes and has since run all six World Marathon Majors, completed 15 marathons and three ultra marathons. On 17 April 2011, Raworth completed the London Marathon, despite collapsing two miles from the finish line and in April 2018, she completed the Marathon des Sables, a six-day, 251 km  ultramarathon in the Sahara Desert.She also represented England in the over-50s women’s team in the Fleet Half Marathon and in 13 March 2020, as part of Sport Relief, Sophie took part in Beat Beethoven – a five kilometre race that she tried to complete within the time it takes the BBC Philharmonic orchestra to play Beethoven’s epic Fifth Symphony live.

Raworth joined the BBC in 1992 as a news reporter, first for Greater Manchester Radio and then, in April 1994, as BBC Regions correspondent in Brussels. She later  became the regular joint presenter of BBC’s Look North programme in Leed and later moved to national television in 1997, to co-present the BBC’s Breakfast News programme on BBC One, initially with Justin Webb, and in later years, with John Nicolson. She also co-anchored the BBC’s early morning news programme Breakfast at its launch in 2000, alongside Jeremy Bowen.

Sophie  then moved to the BBC Six O’Clock News in January 2003 which she presented alongside George Alagiah;  In March 2006, she was named as the main presenter of the BBC News at One and can also occasionally be seen presenting relief shifts on the rolling news channel BBC News Channel. She has presented several BBC specials, including coverage of the Queen’s Golden Jubilee and Our Monarchy – the Next 50 Years,  In addition, she has appeared on Tomorrow’s World and, in the early 2000s, entertainment programmes such as Dream Lives and the quiz show Judgemental.

In 2004, Raworth appeared on the BBC fashion show What Not to Wear, in which she was given a makeover by style advisors Trinny Woodall and Susannah Constantine. In 2006 she was part of the television coverage of the Children’s Party at the Palace, an event to celebrate the Queen’s 80th birthday. Along with Huw Edwards, she presented some fake news updates for the programme, which led to many complaints from viewers and also had a cameo role as a newsreader in the last series of the BBC comedy series My Hero. She also presented  the Bank Holiday edition of the BBC News at One, BBC News at Six and BBC News at Ten. Raworth ran the Great North Run on 5 October 2008.

Since early 2009, Raworth has been the main relief presenter on the BBC News at Six and a regular relief presenter on the BBC News at Ten. She has also appeared in place of Andrew Marr on The Andrew Marr Show, and presented on the BBC News Channel (formerly known as BBC News 24). In May 2009, she presented The Trouble with Working Women with reporter and father-of-three Justin Rowlatt on the BBC. The programme looked at the role of the working woman. In 2009, she presented Crimewatch Roadshow on BBC One on weekday mornings. In 2013, Raworth had a cameo appearance at the start of the film A Good Day to Die Hard as herself.

On 16 July 2013, Raworth was given an Award of Doctor of Arts honoris causa by City University London. Raworth presented Watchdog Daily in 2012 and Watchdog Test House in 2014 and 2015, before landing the role of main presenter on Watchdog in September 2015. She replaced Anne Robinson. In February 2016, Raworth replaced Kirsty Young as main anchor of Crimewatch a programme she  previously guest presented  in 2012.

Her net worth is estimated at $14 million.