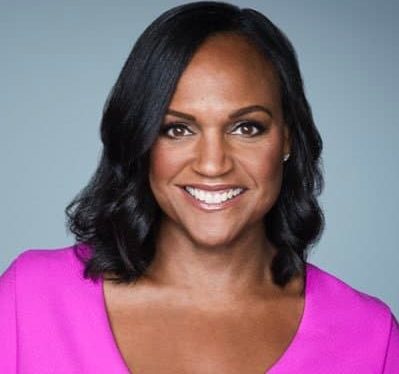 Stephanie Elam is a media personality serving as a CNN correspondent based in the Los Angeles bureau. She previously served as a weekend evening anchor and general assignment reporter for KNBC Los Angeles.

She is of Bissau- Guinean ethnicity.

She holds a Bachelor of Arts degree in broadcast journalism from Howard University.

Elam has not revealed the names of her parents. Her father was of Bissau-Guineans decent. Her father died in June 2018.

She is married to Jeff Rush, an investment banker, since 2008.

Elam serves as a CNN correspondent based in the Los Angeles Bureau. She joined CNN in 2003 as a financial reporter based in New York City and also reported extensively for CNN International and HLN. She reported for CNN as a business financial reporter through 2011. She reported for the program “Money Team Reporter”, “American Morning” and the weekly program “Your Bottom Line”. Elam co-hosted “Black Enterprise Report” from 2005 through 2007. She also worked as a reporter and correspondent for Headline News and CNN International.

She returned to CNN in 2013 after a stint at KNBC. She serves as a correspondent and reports on business and financial news. During her tenure, she has covered numerous natural disasters for CNN — from Hurricanes Matthew, Harvey and Irma in the Southeast; an EF5 tornado which killed 15 adults and nine children in Moore, Oklahoma; to several wildfires in the West, including the Thomas Fire which at the time, was the largest wildfire in California’s history. Elam has also reported on the Cascadia Subduction Zone earthquake threat in the Pacific Northwest, California’s drought and related issues like subsidence in the state’s central valley. She also covered Hawaii’s Kilauea volcano as its eruption devoured much of the Leilani Estates subdivision on the Big Island.

She covered the death of musician Prince, the shooting death of unarmed teenager Michael Brown in Ferguson, Mo. She was also one of the first reporters on the scene after a shooting at Los International Airport stranded thousands of travelers and took the life of TSA agent Gerardo Hernandez, marking the first on-duty death since the security organization was created in 2001.

She has also done red carpet interviews from the Emmys to the Academy Awards.

She was worked as a weekend evening anchor and general assignment reporter for KNBC Los Angeles. Her reporting centered around emergency awareness, empowering Southern Californians with information to be earthquake ready, water safe and informed about money matters. She anchored KNBC’s breaking news coverage of the Seal Beach murders and she was also on the desk when Whitney Houston was found dead in Beverly Hills hotel room.

She began her career as a copy editor for Dow Jones Newswires before joining Bridge News where she helped coordinate seamless 24-hour news coverage among the organization’s newsrooms worldwide.

While at Bridge News, she covered corporate earnings for PBS’s “Nightly Business Report” and for WebFN. As the only full-time reporter in New York for WebFN, she anchored “Market on the Close,” a one-hour program that tracked the stock market in the last hour of trading. She also previously helmed “First Business,” a weekly syndicated business program and co-hosted “Black Enterprise Report,” a nationally syndicated show focused on business, career and financial education.

She was initiated into the Alpha Chapter of Alpha Kappa Alpha, Sorority, Inc.

Elam has an estimated net worth of $2 million.