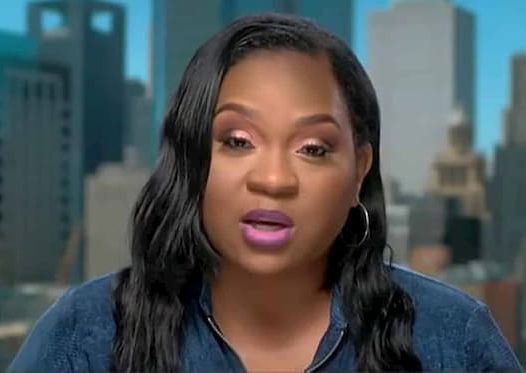 Her actual age is unknown but she celebrates her birthday on June 25.

Tezlyn is an American national.

She belongs to African American and Latina descent.

Tezlyn has not revealed the name of her parents but she revealed that they are divorced. She said that at an early age her family experienced the loss of her infant brother.

Figaro’s marital status is unknown, she has managed to keep her personal life private.

In 2010 Tezlyn founded the award-winning Tezlyn Figaro Communications Group where she serves as a principal consultant. She provides counsel to the nation’s most influential political, social, and private sector leaders. She is considered a master political strategist with over 20 years of achievements in political consulting, high profile crisis management, federal and state campaign experience, public relations, media training, and strategic communications.

Tezlyn serves as a political analyst for Fox News appearing as a weekly commentator. In addition to her weekly commentary, she offers over a decade of appearing in top print, television and digital media platforms with different ideological orientations such as The Breakfast Club, Hot 97, The Rickey Smiley Morning Show, New York Times, Make it Plain on Sirius XM, Sonnies Corner on Sirius XM, CBS, MSNBC, and NBC among others.

Tezlyn did not attend any law school but is a certified Florida Supreme Court civil, circuit and appellate conflict resolution mediator and approved trainer.

She serves as a senior political consultant for the Ben Crump Law Firm. Her worl includes but is not limited to political strategy and media booking for Attorney Crump on Court TV and other national outlets. Together with Attorney Crump they jointly appear on the nationally syndicated show The Breakfast Club.

She has also been involved in other high-profile national cases including; the Breonna Taylor Case, the Flint Water Crisis, the Orlando Pulse Shooting, the Officer Holtzclaw Rape Case, the Tulsa Monroe Bird Case.

Since 2016 Tezlyn served as National Racial Justice Director for the Bernie Sanders presidential campaign but was fired in 2019. During her tenure with Bernie 2016 her highlights include being solely responsible to organize Flint, Michigan Water Crisis survivors for a private meeting with Senator Bernie Sanders. In turn, the survivor meeting contributed to radio and television ads, campaign speeches & ultimately impacted the overall Michigan outreach strategy which in turn resulted in a historic political upset.

She was fired over her comments some in the group viewed as anti-immigrant. In May 2019 she sued the organization for racial discrimination and was seeking back pay and punitive damages.

In the lawsuit, she claimed that “the same race problems that clouded the [2016] Sanders presidential campaign were also pervasive at Our Revolution,” relative to the group’s “strategic policies and outreach with African Americans.”

Figaro revealed in a 2016 tweet that served in the military.

When I joined the military my recruiter told me being a secretary would be easier, I dont believe in easy routes! pic.twitter.com/9SlKmPN4xq

Check out what it looks like behind the scenes when I am on national tv on Fox News! I do not use notes & I can’t see the host & it’s live (no edit option) either you know what you are talking about or you don’t! #SSNC