Throughout the spate of history, people have followed some crazy weight-loss diets. You knew diets could be difficult to follow, but did you ever think that diets could be weird? Yes, over the years, people have gone creative about nutrition. We did some digging to find out about some of the crazy diets that people followed, and some of them even got results from it.

We are sure you are doing a double-take and wondering what was that again? Do you ever feel heavier near a swamp? Well, it’s not a figment of your imagination. In 1727, Thomas Short observed that only fat people live near swamps. Based on his observations, he made a treatise which reads, The Causes and Effects of Corpulence, and he introduced these weird weight loss tips, move away from the swamp.

If you thought the Swamp Diet takes the cake in being one of the weirdest diets ever, then you probably have not heard of the Cotton Ball Diet. If you are feeling hungry, then you can pop a cotton ball. Of course, it involves zero calories, and if you taste it, it may taste like nothing; they are bite-sized.

In the 1930s, if you had trouble losing the extra fat, you could use soap products such as the ‘Fat-O-NO’ and ‘Fatoff. You can scrub hard with them because they were hand soaps.

Most people would say what’s not to like? You get to eat a steak and wash it down with a martini in this diet. You need to add alcohol to every meal you eat and have no restrictions on gin and vodka. Robert Cameron sold this diet in a pamphlet in the 1960s, and it cost just $1. It turned out to be a bestseller within a spate of 2 years. He was able to sell 2 million copies. Cameron’s book was one of the first on low carbohydrate diets, although it was deemed unhealthy by the Harvard School of Public Health. You can still buy it for $3.99.

The Not Counting Calories Diet

Herman Taller, MD, said that you do not have to count calories as long as you avoid carbohydrates and eat more fat and protein. The only catch is that you have to down three ounces of polyunsaturated vegetable oil, a pill. His theory was when you combine oil and protein.

It can stimulate fat loss. If you doubt this weight loss, Herman Taller lost 65 pounds in eight months. However, things got murky when they found that Dr. Taller used a specific oil brand to promote his book and diet. In 1967 he was found guilty of fraud and conspiracy.

Another crazy diet that ever there was one. The connoisseurs of this diet asked everyone to avoid everything white, so you have to say goodbye to regular pasta. Shapiro says that you can avoid all the crap if you avoid the white. This no-white rule has been exceptions, such as cauliflower, milk, egg whites, poultry, and parsnips.

Also, you still need to keep your portions under control, so even it is brown food, you can’t eat it all. If you can stick it out for two weeks, you will even stop craving the white foods altogether. You will gradually be able to introduce these foods to your diet, albeit in smaller amounts. 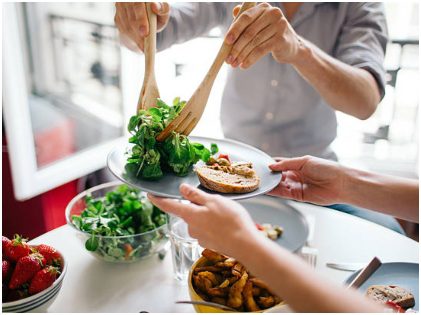 Does everyone want to know how come French women are so skinny? Since the French woman eats everything right from croissants to chocolate, yet they never put on weight. It’s mainly because they enjoy the whole process of preparing, enjoying the food, and savoring it too.

They are mindful eaters and prefer to eat on the table and eat every morsel mindfully. When you eat high-quality foods in limited quantities, you do not gain weight. Rather than spending all the time eating the food, it is important to be attached to making and then enjoying the food with everyone. We don’t know about the effectiveness of this diet, though. And as they say, the jury is still out on this one.

Have you heard about these diets? Tell us which one you found the weirdest in the comments section below.