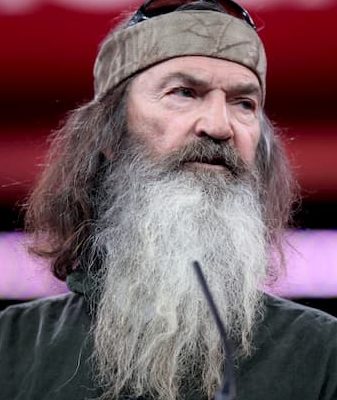 Phil Robertson is the patriarch of the Louisiana family from the hit reality series Duck Dynasty. On May 28, 2020 he revealed on his podcast “Unashamed” that he had recently determined he has a 45-year-old daughter from a decades-old affair.

Phylis sent a letter to Al, Robertson’s son saying a DNA test indicated that Phil Robertson may be her father. Robertson has previously admitted to having affairs before he converted to Christianity in the 1970s.

On the podcast, Al said; “Well once we get into that and start looking at it a little more deeply, I’m like, ‘Oh whoa, whoa, there might be something to this.’ I started thinking, there’s a 45-year-old woman out there who doesn’t know who her dad is, and she’s looking and thought, even if it’s not dad, she needs to know it’s not dad.”

Phil did a DNA test that came back as a 99.9% match. Robertson didn’t hesitate to want to contact her.

Phyllis has been accepted in the Family

The family has accepted her with Jep Robertson saying; “I was so excited. It was to me like a dream come true.”

Miss Kay, Phil Robertson’s wife has also accepted Phyliss despite learning she was the product of an affair. Phyliss is expected to appear on an upcoming episode of the podcast alongside Kay.

Al said that his mother took the news well, “I got to hear that first conversation with mom and it was so neat because mom always has wanted a daughter. Let’s be honest, if a lot of women get news 45 years later there’s a child they didn’t know (their husband) had, it could not go well.”

Phil added that Kay had previously warned him that someone will come out of his past, “Miss Kay over the entire 45 years warned me, or at least alerted me, she said someone will come out of your past, that wild ride of living. I said, ‘You think?’ She said, ‘I think it would probably be a son, but in this case she said, ‘I’m so glad it’s a girl.’”

Who Is Phyllis’ Mother

The identity of Phil Robertson’s baby mama and the mother of Phyllis is unknown.

Phil Robertson is an American professional hunter, businessman and reality television star best known for the television series Duck Dynasty. He is also featured on the television show Duck Commander, a hunting program on the Outdoor Channel.

He is married to his high school sweetheart Marsha Carroway best known as Miss Kay since 1966. They began dating in 1964. Their marriage faced troubles during the early days due to Robertson’s “sex, drugs and rock ‘n’ roll lifestyle.” He later became a devout Christian and is a member of and elder at the White’s Ferry Road Church of Christ in West Monroe.

He is a father of four sons; Willie Robertson, Jase Robertson, Jules Jeptha Robertson, Alan Robertson and now he has discovered he has a daughter known as Phyllis.